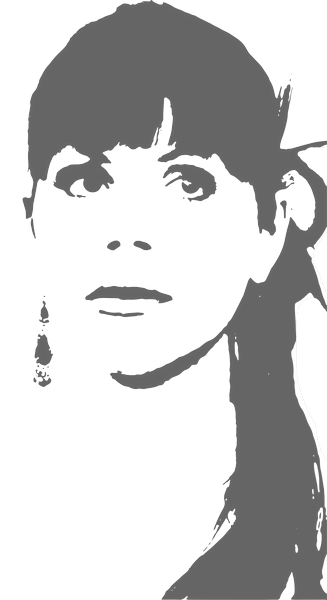 My name is Marija Stojadinović. I was born in Krusevac in 1977. I graduated at the Faculty of Applied Art (department: applied sculpture) in Belgrade in 2000. Besides sculpture, during my studies I dealt with painting as well. My preoccupation has always been art.

I finished master studies at the Academy of Art in Belgrade (Master programme – Image creation in art and media) in 2012, and master thesis included research on topic The influence of media on artist’s works promotion in public. This Master thesis also included a conceptual exhibition DNA as my brainchild which was realized at the Academy of Art’s Gallery in Belgrade in 2010.

As a part of DNA concept I also created a brand “Marama/scarf/bufanda/echarpe” which deals with scarves and echarpes with motifs of my favorite images from the cycle The day when gods descended.

From 2002 to 2008 I was working at the primary school “Despot Stefan” in Gornji Stepos (Krusevac) as an Art teacher with school children aged 12 – 15. With a great pleasure I can say that many of these pupils are studying now at the Faculty of Art and I truly hope they will become successful artists.

Methodology in work with children was of great help to me in my own art creativity.

Participating in the program Children and artists, 2003 (Humanitarian organization Children’s heart, Belgrade), I initiated a humanitarian exhibition intended for children with special needs.

Since 2008 I have been employed at the Culture Centre Krusevac, as the CCK program editor.

The job I have been doing now is a great challenge for me, since there is a wide range of opportunities in creating cultural environment and culturally influencing youth. The very creation of cultural and artistic programs –manifestations at the Club ( musical concerts, tribunes, exhibitions), there is a way to indirectly influence creating cultural taste in young people especially due to the fact that they are the greatest consumers of cultural programs and various events at the Culture Centre Krusevac.

My involvement regarding young people, children with special needs and nationa minorities, resulted in the project of Local action plan for children (LAP) The city of adrenaline within good vibrations (2008), and to mutual satisfaction of both audience and participants including me as a coordinator it was very successful and showed a possibility of further development of the project.

In 2009 the Culture Centre Krusevac was the organizer of LAP project In the rhytm with us, and personally it was a real pleasure for me to participate in formulation of creative workshops,tribunes and musical events.

In 2013 I was a coordinator of the Local action plan for young people of Krusevac City “City of adrenaline against heroin” and the Shows of alternative unestablished musical bends from Rasina region under the title RECONNECT.

I would like to point out that the project ART LIFE 2014 of the Culture Centre Krusevac, also created and coordinated by me in u 2013, was financed by the Ministry of Culture and information of The Republic of Serbia.

A project dedicated to disabled persons includes a range of creative and recreative workshops, a theatre play King in love, sport and recreational games for children and young people named Neverending games, a musical concert and an Art colony named Let’s paint for CCK.

It’s of a great significance to point out participation in the following projects : CCK Open life, Nets and walls, Hip- hop.

During the period from 2010 to 2014 I was an event coordinator of The New Year’s Eve at the square of Kosovo Heroes in Krusevac, and 2013 and 2014 apart from organizing the event I was a program presenter as well.

Also during 2013 and 2014 I took part as a coordinator of cultural events and a program presenter Graduation parade on Kosovo heroes square in Krusevac, as well as bicycle race Ride a bicycle, don’t take drugs.

Realization of Nisvill Jazz Festival in Krusevac on the central square in 2013, where I was chosen to be a coordinator of all events and program presenter for me is one of the biggest challenges I have ever had in my career. Events organization meant cooperation with the biggest world jazz musicians (Ginger Baker, Pee Wee Ellis, Adam Nusbaum, Bobby Carcasses …).

Since 2012 I have been a member of the editorial staff of a magazine for culture and art . The Roads of culture (“Putevi kulture”) of the Culture Centre Krusevac, and organizer of a column Media culture.

At the time of working at CCK, I actively painted and exhibited in the country and abroad.

As a participant of versatile international art colonies I did my best to present my work according to the previous opus including quantitative and productive qualities that were developed in time.
Contacts with artists from other cultural environments help me in work at the Culture Centre Krusevac, as well as the institution itself .

Since 2008 I have established an independent project Let’s paint for CCK , an art colony which is successfully realized every year at the Children’s centre Pioneer Park ( Culture Centre Krusevac).

All jobs I deal with not only require an idea itself but as good presentation in public as possible.

Participating in art colony in Hascovo in Bulgaria in 2008 following my personal contacts I managed to merge two festivals of humor and satire, Gold helmet from Serbia and Kaun from Bulgaria.

This cooperation has been successfully continued, and my personal satisfaction is connecting different cultural environments and experiences exchange.

Detailed CV you can see here.